The 21 - 90 rule of habit and routine for diet success 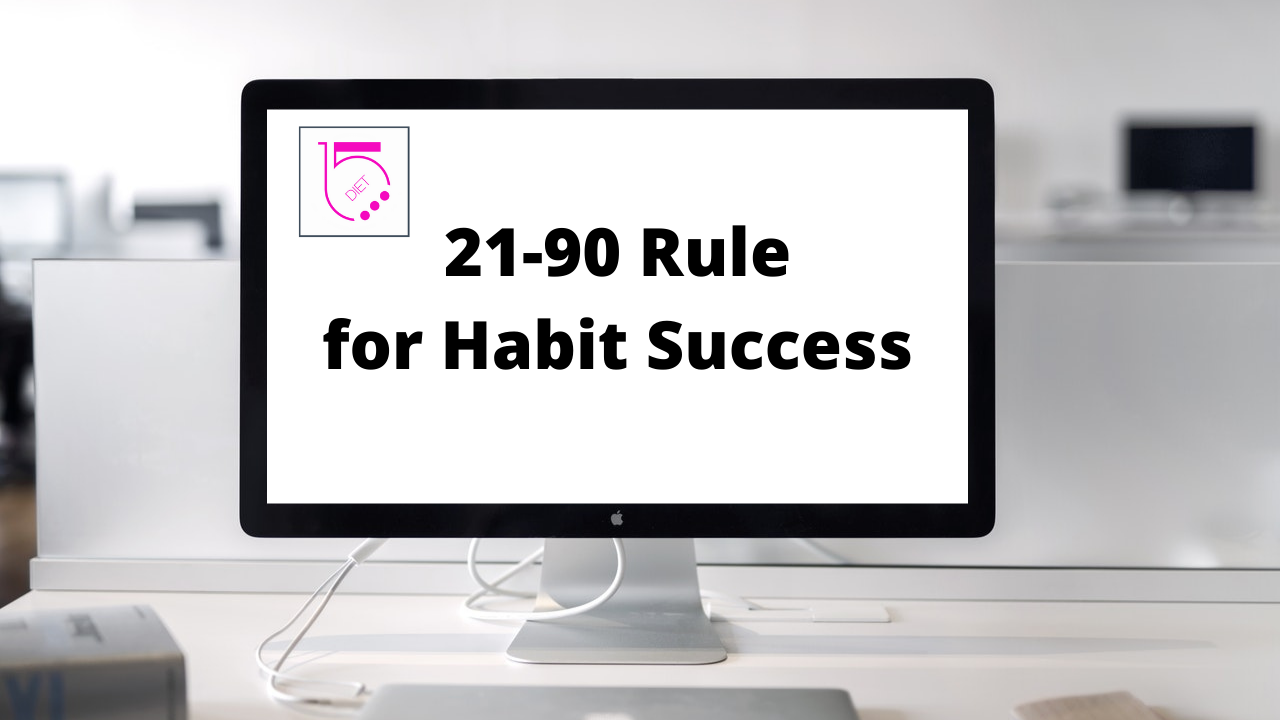 The power of habit and routine

In an ideal world, we’d start to exercise more, change our meals to something more nutritious and avoid the couch and fast foods. This simple formula for weight loss and or increased health seems to be the answer, however, the programming of the human brain challenges this in the name of a primary task to create simplicity in our lives.

The positives and negatives of habit

It’s said that the mother of learning is to copy and repeat. To repeat could also be interpreted to be a form of practice and the more you practice ( repeat ) something the more it becomes embedded into the brain, it becomes easier and more ingrained to eventually create itself into a subconscious habit. In the world of positive behaviour, this is a remarkable benefit, however, habit forming takes no judgment on whether the behaviour is positive or negative. It simply follows a simple set of rules, the more you do it, the more likely it’s to become a habit until it eventually does. Further stimulus of the habit is to introduce a secondary behaviour or a trigger that fires off the habit. These actions are typically in place to enable shortcuts to an action that has surfaced multiple times from repeated behaviour coupled with a secondary influence. The irony is this is an intention of neurological assistance, but because it places no right or wrong identity to the action, it can have both positive and negative outcomes dependent on the habit you have created.

How a habit  is created

A habit is created by repeat of a behaviour. Its a shortcut created by the brain to assist in decision making. It no longer becomes a conscious action, for it now belongs to the subconscious part of the brain. This process is in the name of efficiency, it has collected a group of behaviours that you have demonstrated to repeat and removed them from your conscious thinking to a process where thought is not required. It now just happens, consider this action as being run by an autopilot freeing up your mind to deal with other conscious behaviours. Cleaning your teeth is often an example of habit, driving a car is another. Anything where your behaviour or actions are repeated to the extent that thought is no longer required for the action to happen.

A habit such as cleaning our teeth has benefits, however a habit of biting our nails seems contrary to good and welcome behaviour. The habit of biting nails can be stopped with the application of creating a new more positive habit such as filing your nails and creating a new process to administer to override the unwelcome behaviour. However, habits have different levels of power and when dopamine becomes involved in a habitual activity it becomes more challenging. In essence, what you have is a bad behaviour that produces a reward to the survival centre of the brain in the form of dopamine. And dopamine is extremely powerful chemical in the brain connected to the survival network. What we can end up with is a primal call for dopamine to provide our brains with cheer and happiness which is hooked to a negative, sometimes damaging behaviour. Alcohol is a prime example and to draw us closer to the topic of dieting, eating and snacking is also a fuelled by dopamine. Dopamine is a must in our lives, it's a motivational, positive inducing chemical that positions us in the arms of happiness. Now we start to see how the habit of unhealthy eating, watching TV and snacking can provide us with the much needed dopamine, but creates an unhealthy person, but these demonstrate themselves time and time again to be difficult to break. If the brain wants dopamine it will encourage these habitual behaviours, so we need to consider how we can swap these actions but still reward the brain with its much loved dopamine. It's now clear to see that there is a connection between dopamine reward and dieting for the brain is gaining reward for actions that have a negative consequence on the body.

In order to dissolve an old, unwelcome habit and introduce a new positive habit, the rule of thumb is 21 days for it to be in the process of habit and 90 days to be in your lifestyle. It demonstrates where habits are formed that have created a negative outcome on your body or mind, that introducing new behaviours is essential in giving your dieting success longevity. With the 15 Minute Diet, we give you the components you need to recreate habits for the better and give your diet and health goals the conveyor belt and formula for success they need for long term accomplishment.